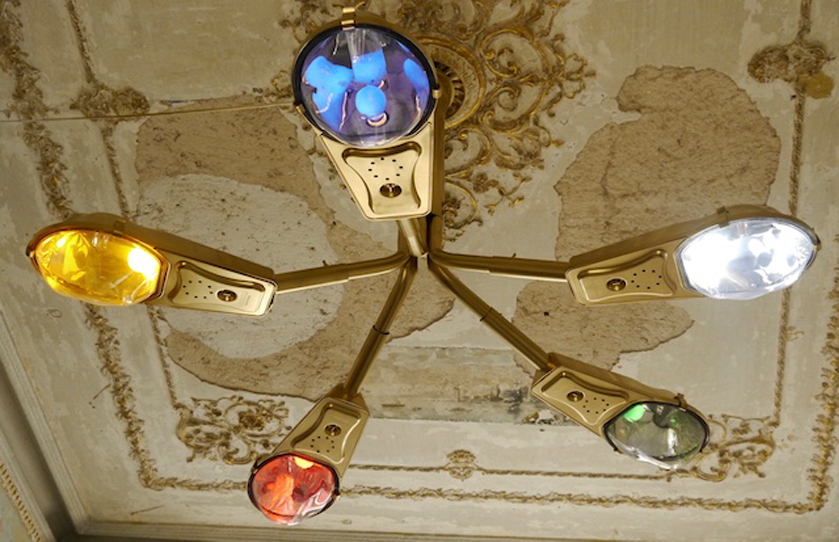 In his work, Suat wanders around concepts such as ‘identity’, ‘public space or private space’, ‘memory’, ‘art practice’ and ‘consumption culture’. His approach in learning about history is direct, through the personal stories of the people he is meeting. As a result of this approach -during the mobile workshop he was meeting a number of people in order to gather their stories as a build-up for his work. By analyzing the gathered material, he came up with a complex multimedia installation that shows a deep overview of the trip and of people’s thoughts and ideas about the Balkans,their neighbors and the shared commons in the region. In his projects he is creating a current Balkan story over the stereotypes about the neighbor, which are told and experienced by the people.

In the installation there are 3 different approaches to the issue.The first line of his research was the ‘Jokes project’ where he was trying to research the relations between the neighboring countries through the narrative of the joke.This was an attempt to deepen the knowledge of the stereotypes that are circulating on the Balkans about the neighboring countries and people. In his second project he is playing with the top 5 reasons for being: Turkish,Macedonian, Greek, Bulgarian and Albanian… At the end, in the light and sound installation the visitor hears the same reasons, with slight modification. Here the artist is showing only the similarities that he observes as Balkan. In the third approach, the ‘Yes – No’ project,he is questioning the communication through the body language and the confusion it creates while questioning the differences, similarities, habits and the cultural commons.